Weight Gain & Loss: Does What The Scales Says Affect Fertility?

The Relationship Between Fertility and Weight

As with other aspects of health, a direct relationship exists between weight and fertility. While people might assume this relationship only matters for women, being over or underweight can also impact male fertility. So, what do women and couples need to know about weight if trying to conceive is a priority? 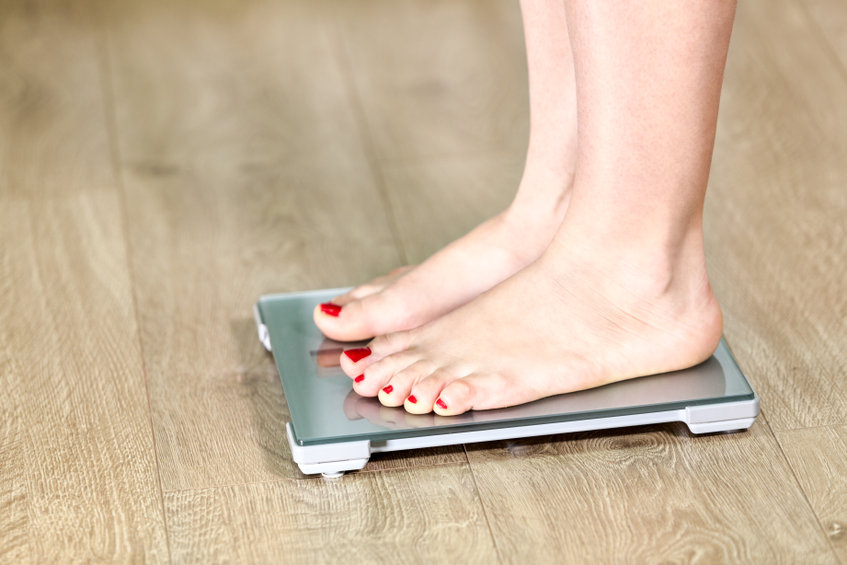 Typically, fertility specialists and medical professionals rely on body mass index (BMI) to determine if an individual is underweight, at a normal weight, overweight, or obese. According to the Centers for Disease Control and Prevention (CDC), BMIs between 18.5- 24.9 for adults age 20 and over are considered normal. A BMI under 18.5 is considered underweight. BMIs between 25.0 - 29.9 are considered overweight, and any figure of 30 or above is considered obese. Note that BMI ranges are the same for men and women.

How being overweight can impact fertility

To be clear, being over or underweight doesn’t mean that a woman or couple has no chance of successfully conceiving. However, having the extra weight can make this process more difficult. In particular, women may have more difficulty with ovulation because estrogen production can be impacted. Most people think that only the ovaries produce estrogen, but fat cells also make estrogen which can create a hormonal imbalance. If estrogen levels are too high, a woman’s body can stop ovulating. Likewise, with men, excess weight can create hormonal imbalances, which can impact sex drive and lead to difficulties getting and maintaining an erection.

What about being underweight?

Along with concerns about nutritional deficiencies, being underweight is equally troublesome for women and men trying to conceive. For women, having a low BMI can create irregular periods, which leads to irregular ovulation. In extreme cases, some women may stop ovulating altogether. Often, but not always, low BMI in women is linked with eating disorders. In men, low BMI figures can likely be correlated to poor sperm quality.

When most people think about weight-related infertility, obesity is the first concept that comes to mind. For both men and women, being obese with a BMI of 30 or more is equally as problematic as simply being overweight. While women may struggle to pinpoint ovulation, men will have difficulty achieving and maintaining erections. And in the case of obese couples that attempt fertility treatments like in vitro fertilization (IVF), research has shown that success rates and live births are 20% worse than in overweight couples and even worse when compared with couples that have normal BMI ranges.

Can weight-related infertility be reversed?

A lot of factors go into fertility, and weight alone shouldn’t be viewed as the only reason why a couple can’t conceive. However, working towards a normal BMI should be a goal for both men and women. Not only can having a normal BMI improve conception outcomes, but maintaining a healthy weight can also reduce the risk of pregnancy complications in women. Issues such as preeclampsia, gestational diabetes, and even preterm labor are all higher in women who are overweight and obese. Women and couples seeking more details about how weight impacts fertility should speak with a physician or fertility specialist.

Is Bakuchiol Serum A Good Vegan-Friendly Alternative To Retinol?

Can You Buy Hormonal Contraception At The Pharmacy? Prescription vs OTC Birth Control

For added convenience download our app for Android or iPhone. RxLocal is an easy-to-use app that allows pharmacy customers to manage their entire family’s prescriptions, communicate with the pharmacy via secure messages, order refills, set medication reminders and find pharmacy location information.

Your Community Specialty Pharmacy. Dedicated To Your Health, Well-Being & Family.