Drug Allergies Can Be Serious

Adverse drug reactions (ADRs) are responsible for roughly 5% of hospital admissions globally. Of ADRs, drug allergies represent approximately 1 in every 10 cases. Drug allergies affect as many as 2% of all hospital admissions and 5% of hospitalized patients. While relatively uncommon, drug allergies are still a significant source of major morbidity worldwide. The severity of the illness varies from patient to patient, but severe reactions like anaphylaxis and Stevens-Johnson syndrome can occur. 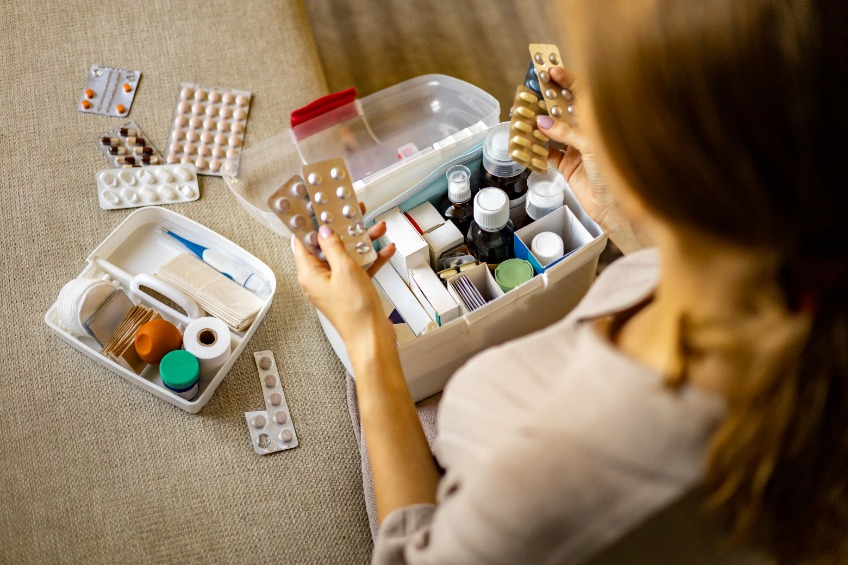 Drug allergies and the immune system

Drug hypersensitivity reactions can be caused by factors related to the immune system, the human body’s innate and adaptive defense to germs. In some instances of exaggerated immune hypersensitivity, the extreme immune response is referred to as a drug allergy. Immune cells, called lymphocytes, and blood proteins, called antibodies, equip the immune system with a sort of memory. This characteristic of the immune system can cause drug allergies to become amplified with each subsequent exposure to a drug. In other cases, an allergic reaction to a drug can be very severe despite no prior exposure. In those circumstances, scientists have implicated complex interactions between drug molecules and proteins in the human body.

Excipients are often the problem

Researchers have highlighted the importance of recognizing the individual components of the drugs patients consume. Oral medications contain both the active pharmaceutical ingredient and a mixture of inactive ingredients called excipients. Inactive ingredients may be dyes or other compounds intended to alter the absorption or delivery of the active drug. Excipients are never intended to have an independent therapeutic action. Often, patients who develop drug allergies are allergic to an inactive ingredient. The complete list of excipients is rarely available to both patients and healthcare providers, making decisions difficult when concerns over drug allergies arise. Researchers have made efforts to characterize the nature of drug allergies relative to the most commonly included excipients in frequently consumed medications. However, without fully knowing which excipient is causing the drug allergy, other strategies have been devised.

Drug compounding takes the active ingredient from a medication and alters or combines the ingredient with an admixture tailored to the patient’s needs. Healthcare providers and patients might opt for drug compounding in several circumstances. A patient unable to swallow a pill may require a medication to be compounded into an intravenous formulation. Patients receiving multiple drugs may need a compounded version to ensure no cross-reactivity occurs when the drugs are administered together. Drug allergies represent another important indication for drug compounding.

The US Food & Drug Administration (FDA) does not regulate compounded drugs. As such, compounded medications do not undergo the same degree of rigorous safety inspection. There have been cases of patients becoming ill from contamination in compounded drugs. For this reason, only state-licensed physicians, pharmacists, and some federal facilities can perform drug compounding in specific cases. Compounding should only be reserved for patients where the benefit exceeds the possible risks. For people with a known drug allergy, compounding may be particularly beneficial.

Compounding can help with allergies

Avoidance of the offending agent is the hallmark of drug allergy prevention. When avoidance is impossible because the ingredient causing the allergy is unknown or there is no substitute, compounding is a solution. The risk of an adverse drug reaction must be weighed against the risk of compounding medication not approved by the FDA. After careful consideration, only a licensed professional may be consulted to consider compounding on a case-by-case basis.

Peptides In Your Skincare: 3 Benefits Of Collagen-Boosting Skincare Formulas

Oils vs Serums: How To Choose The Right Facial Skincare Product

Poor Gut Health & Your Fertility: Are All The Probiotics At Your Pharmacy The Same?

For added convenience download our app for Android or iPhone. RxLocal is an easy-to-use app that allows pharmacy customers to manage their entire family’s prescriptions, communicate with the pharmacy via secure messages, order refills, set medication reminders and find pharmacy location information.

Your Community Specialty Pharmacy. Dedicated To Your Health, Well-Being & Family.